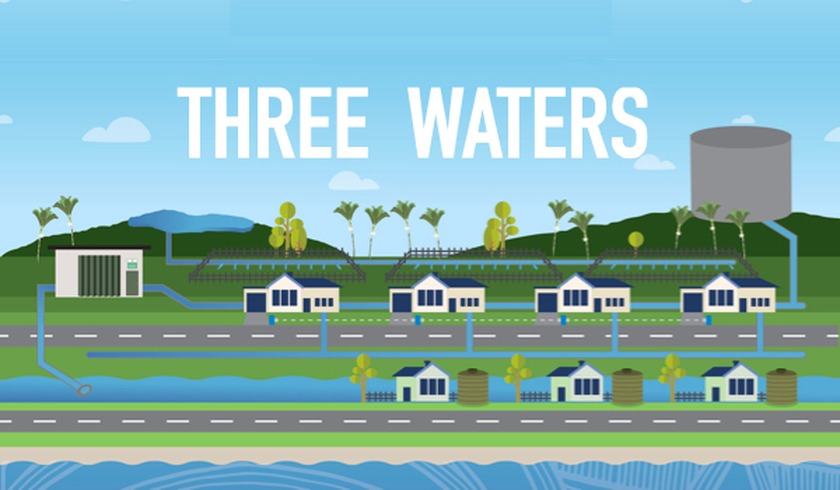 You may have heard of the Government’s Three Waters proposal, or seen the adverts on TV showing slime coming out of the shower and a boat stuck in a dried-up pond. You may have also heard that councils around NZ are turning against the proposal, and that Auckland Mayor Phil Goff has criticised it.

Instead of lending to councils to upgrade their infrastructure, the Government’s proposal is for councils to hand over control of all drinking water, wastewater and stormwater infrastructure to four new unelected organisations that will be able to borrow money, but will not have elected members to represent those who will need to pay this money back through their water bills. This is very undemocratic.

Auckland is proposed to come under “Entity A” which will also be responsible for all of the infrastructure in Whangārei, Kaipara and the Far North. Aucklanders will therefore likley need to contribute to funding new infrastructure further North.

Auckland Council has identified a large list of concerns with the proposal, including many assumptions by the Government that are incorrect, including financial. For more info, see this memo sent to local boards: https://www.johngillon.co.nz/wp-content/uploads/2021/09/Three-Waters-Reform.pdf

On Wednesday, the Kaipātiki Local Board called on Auckland Council to REJECT AND OPT OUT of the Three Waters Reform proposal.
There are many problems with the Three Waters proposal, but the main ones are:

Councillors will be considering their feedback to the Government on Thursday 23 September.

It isn’t as strong as the Kaipātiki Local Board’s position to opt out of the proposal, but it does say:

“The council voted overwhelmingly in favour of the resolution that it did not support the governance and ownership model proposed, which removes democratic accountability and the loss of direct control by councils over water service entities. As well as the Council’s Governing Body, its 21 Local Boards were unanimously opposed to the governance arrangements set out in the Government’s proposal which offers no effective governance powers. The Mana Whenua Kaitiaki Forum comments that the powers of governance of the Regional Representation Group “would not provide effective oversight and accountability”. The Independent Māori Statutory Board also notes the RRG’s “restricted governance function”. Council supports a model whereby the existing accountability mechanisms used for council-controlled organisations are maintained.
The council was strongly of the view that the governance arrangements of any Water Service Entity that includes Auckland reflect the proportionate investment in the assets and liabilities made by the people of Auckland, and the proportionate size of Auckland’s population. Aucklanders should through their elected representatives, maintain majority control over their assets and service delivery.
The council also expressed significant concern about the inclusion of stormwater and has yet to be convinced of the benefits of stormwater integration and transfer into a new water service entity away from Council.”