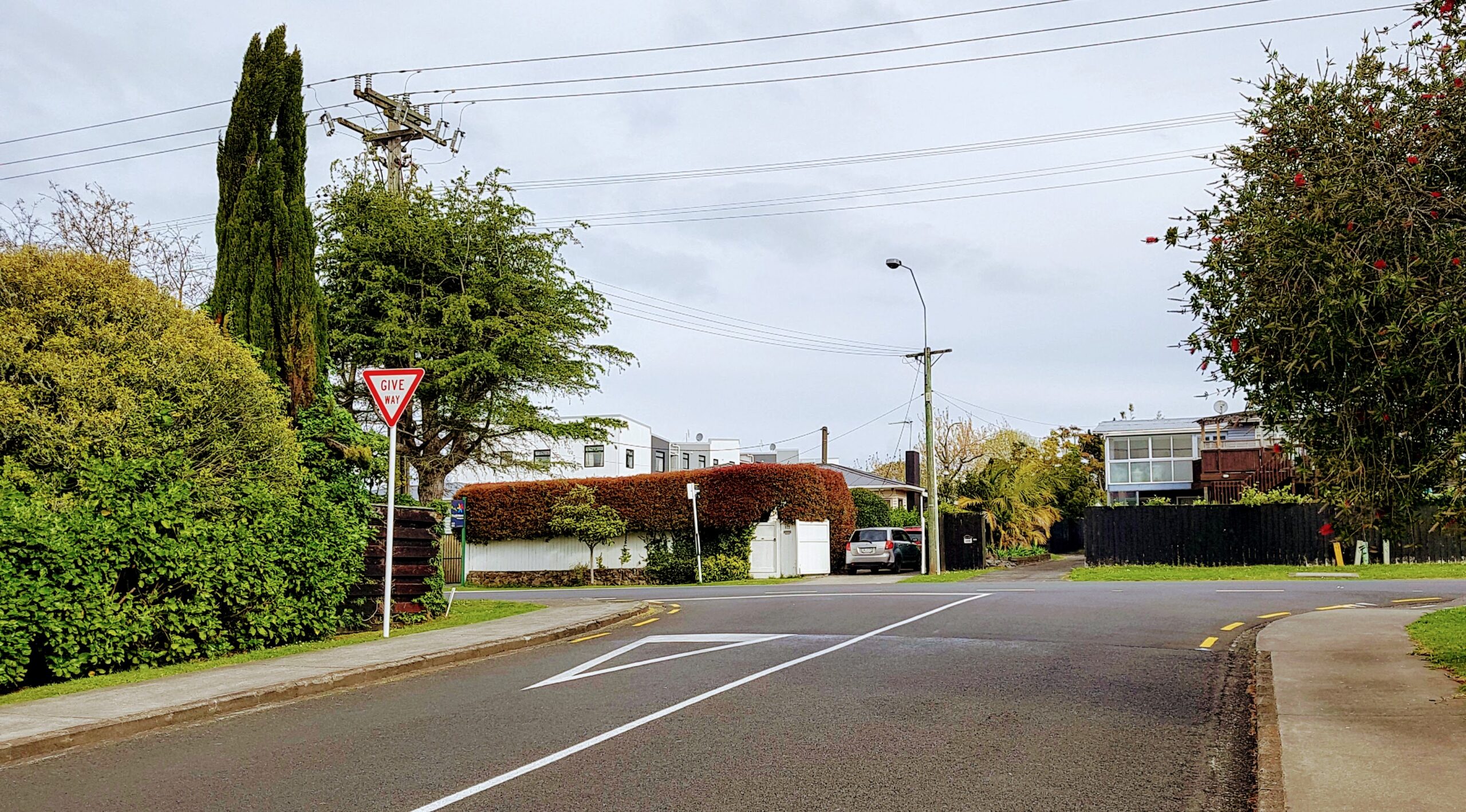 Auckland Transport has recently upgraded the Paragon Ave/Beach Haven Rd intersection with a Give Way and no-stopping lines. This is in response to a petition from local residents concerned about their safety when exiting Paragon Ave due to vehicles parked near the corner. The petition was also supported by the Kaipatiki Local Board.

While the Give Way is definitely an improvement, the yellow lines do not go far enough around the corner, meaning that parked cars are still blocking the view.
Vehicles are not allowed to park within 6 metres of any intersection, but it isn’t clear where that should be measured from. It appears that Auckland Transport measure it from the centre of the intersection, as they have only marked about 2 metres around the corner instead of 6 metres.
Either way, I’ve requested that Auckland Transport look at this again and extend the yellow lines. Hopefully this happens before there is another accident from poor visibility.