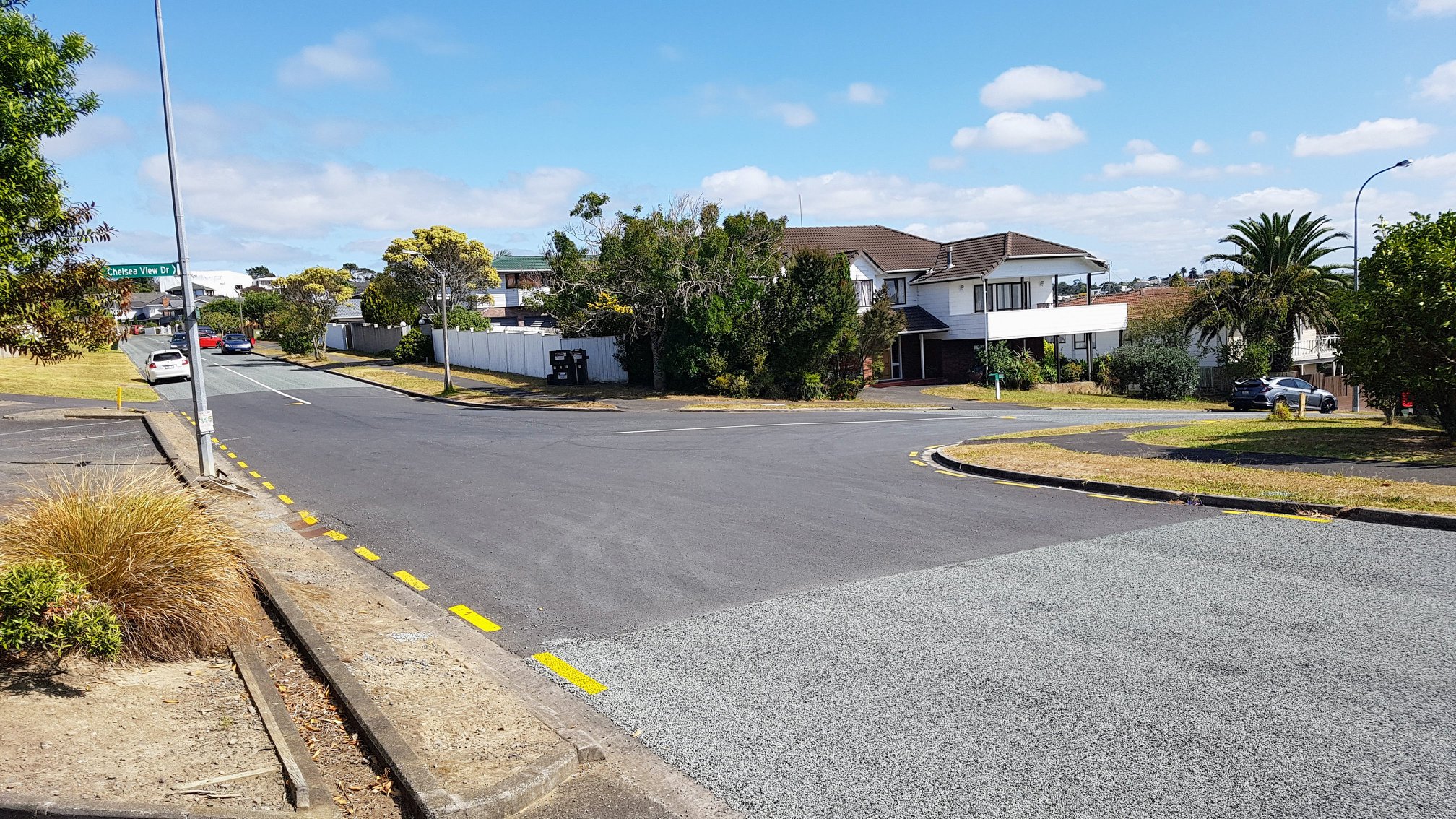 This is the list of roads that Auckland Transport are planning on resurfacing in chip-seal or asphalt (hotmix) between now and the end of June 2021:

If a road appears in both lists, it will be mostly chip-seal, but with small portions of asphalt at the turning area at the end of the road, or at intersections, etc.

Since 2014/2015, Auckland Transport has been downgrading all roads that carry less than 10,000 vehicles a day to chip-seal. And because they use a smaller, poorer grade of stone than North Shore City used to use for chip-seal, the stones travel a long way, go up driveways, damage cars, cause problems for cyclists, etc.