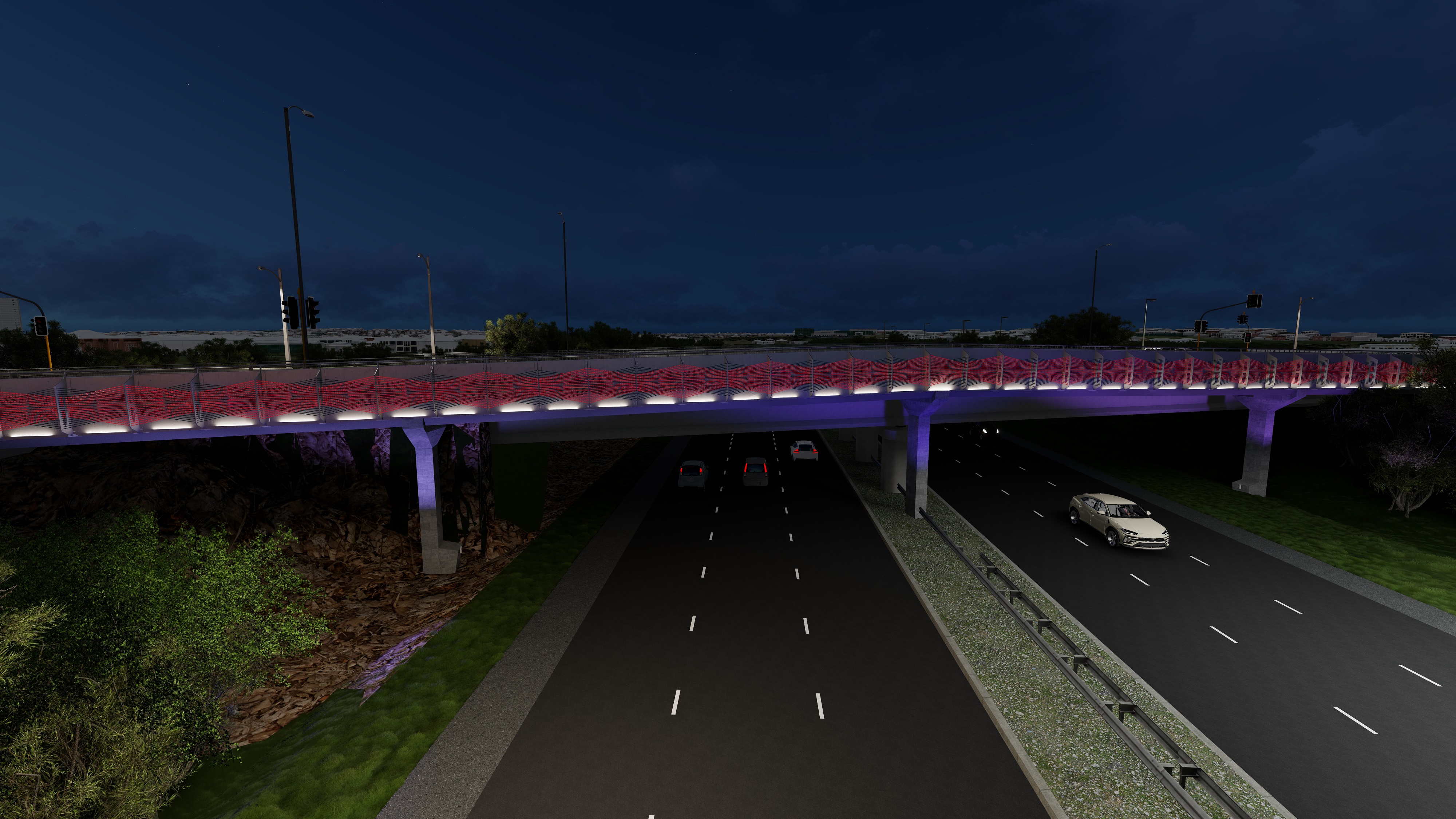 Auckland Transport have released an update on the construction of pedestrian bridges either side of the Northcote Road bridge over State Highway 1. The bridges form part of the Northcote Safe Cycle Route that stretches from Smale’s Farm to Northcote Point, and will include iwi artwork (see below) and be lit at night.
Construction will begin in early November 2019, and will take approximately 12 months to complete.

The bridges will provide a 3.3 metre-wide, separated shared path on either side of the over-bridge. They will make it safer for kids to get to school, encourage more people to walk and cycle, and allow enough capacity for now and into the future. The works will also include:
* the existing Northern Busway Bridge will be widened at the southbound on-ramp to allow for a shared path;
* at the southbound off-ramp, the existing traffic island will be removed, the left movement will be signalised, and the existing footpath will be widened to include a shared path;
* the lighting along the route will be upgraded (where possible);
* the signalised intersections at the SH1 on/off ramps will be updated to include bikes.

Reuben Kirkwood of Ngāi Tai ki TāmakiIwi has created a custom artwork that extends across the span of the bridges. The artwork represents visually at day and night the founding of the volcanic landscape in Tāmaki. The Maori deities, Mataaho (keeper of earths secrets), Mahuika (deity of fire), and Rūamoko (deity of volcanoes), are acknowledged as alternating and interwoven threads depicting power, distortion, seismic upheaval, and the resulting creation of Pupuke.

Public consultation on the bridges was carried out by Auckland Transport in 2014 as part of the wider Northcote Safe Cycleway.