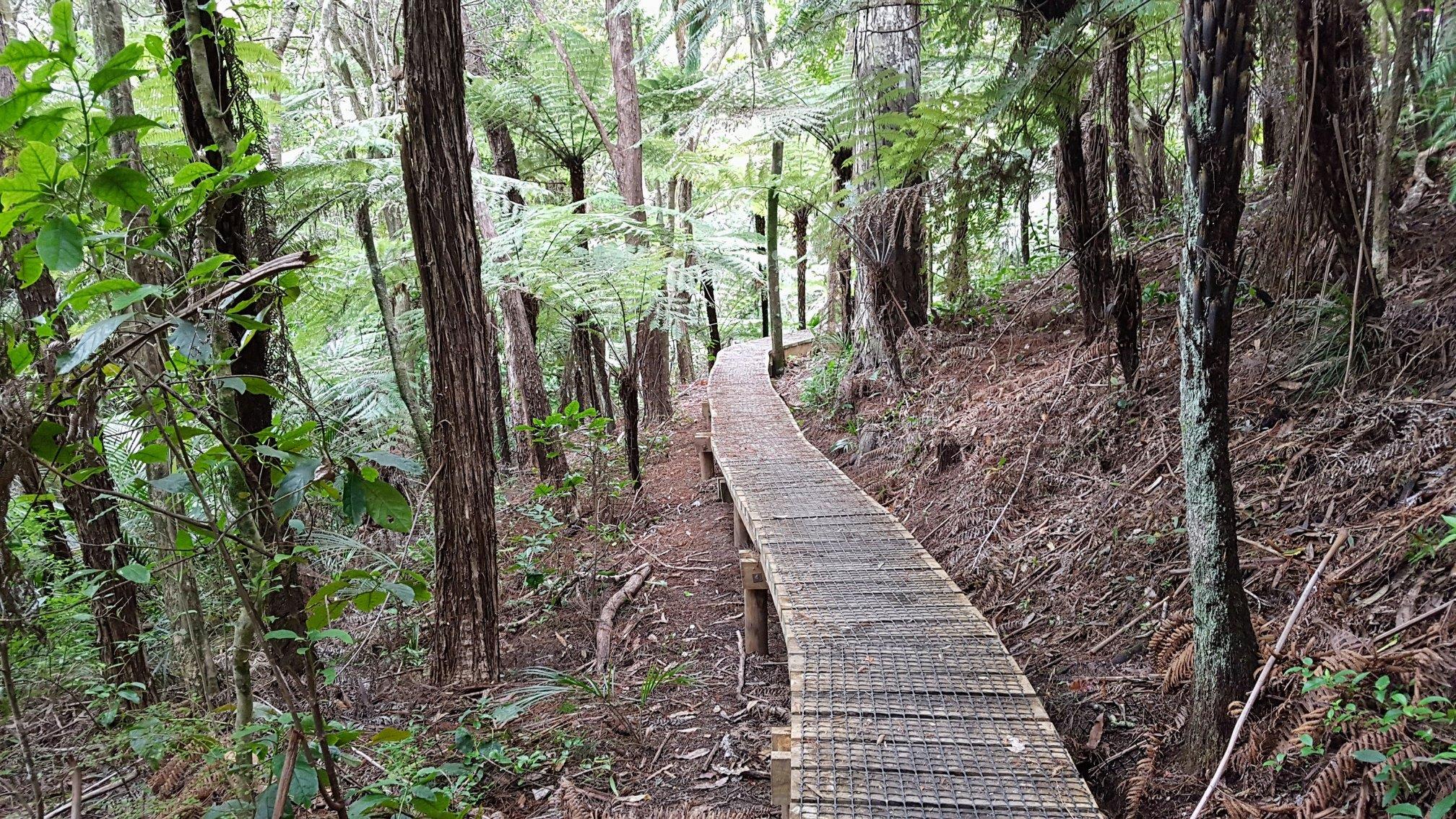 The Kaipatiki Local Board​ has approved a mammoth programme of bush track and connection projects.
This includes work to upgrade closed tracks to kauri dieback-prevention standard so we can reopen them. We are also investigating alternative non-kauri recreational routes for people to enjoy, including a coastal walkway between Tui Park and Shepherds Park (going out for public consultation in August/September), a connection between the two halves of Birkenhead War Memorial Park, and the Awataha Greenway* in Northcote. This is the largest investment we’ve had in new and upgraded connections in Kaipātiki and will go a long way in improving our neglected bush tracks 🙂

Here is a list of the tracks and paths approved for either construction or investigation over the next 12 months:

Funded by the Kaipatiki Local Board. Some track upgrades part-funded by the Natural Environment Targeted Rate (NETR).

* The Northcote Awataha Greenway project is a collaboration between the Local Board, Hobsonville Land Company, Healthy Waters, Panuku and Auckland Council.