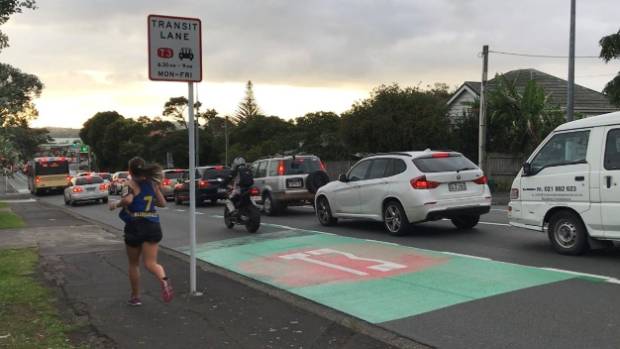 Internal emails appear to show that Auckland Transport never had any intention to investigate a clearway or other alternatives to the extention of T3 times on Onewa Road. Really disappointing 🙁

“I am deeply disappointed that Auckland Transport did not seriously consider the clearway and it appears they strung us along and then went with a predetermined decision,” Gillon said.

“We would need to reassure them [AT staff] that we’re not considering any alternatives to those agreed times,” Anyon wrote to Thomas in an email with the subject line Ōnewa Rd T3 lane words, on December 14.

“And then in terms of a way forward, meet with [Kaipātiki Local Board’s] Danielle [Grant] and John Gillon in early February and explain that we have considered things and there are no viable alternatives and therefore no reason for further delay. Then implement new T3 times 14 days later,” the email continued.

In response, Thomas replied: “Just to be clear, we are not looking at alternatives.”